By my very crude estimate, there are at least 15,000 reviews done every year in the top-20 Software Engineering conferences and journal alone to assess the quality of submitted manuscripts. Assuming that a review takes on average at least 2.5 hours on average (in reality, much longer!), this amount of work equates to a mammoth 27 full-time jobs. 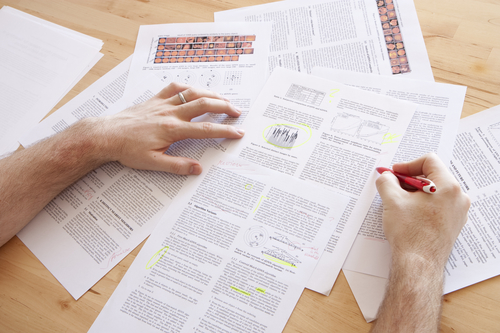 What is puzzling is that this Herculean task of reviewing in its current form hinges entirely on volunteers providing free reviews In Software Engineering, we have seen many recent help calls that say the current review system no longer scales, with some individuals providing more than 100 reviews annually. This problem is exaggerated by a system that has no memory of prior reviews across venues and by authors who re-submit articles with little to no changes to different venues, triggering a new set of reviews, essentially treating reviews as a free resource. Moreover, typically, the same set of people are found in Program Committees again and again. We also know that well-knonwn members of certain, already under-represented groups (such as women in Software Engineering) often take on a higher-than-average reviewing load, being invited over and over (perhaps to fill the gender gap?), while it can be be hard for others from the same minority group to be invited at all. This leaves the question of how one ensures that everyone in the community can and does contribute, if not equally, then in proportion to the number of articles they submitted. Some academics have hard-and-fast rules they commit to, but the range of how many reviews to perform among just three persons is huge, with a 4x difference. Clearly, we need a system to not be reliant on gut feeling or on individuals’ diverging gut feel for what constitutes a fair amount.

Why a simple system is bound to fail

It is immediately obvious that a simple system to ensure review load fairness does not work because papers are submitted by a (variable) number of authors, instead of just one. Moreover, the most simple idea to ensure fair reviews would otherwise be “You can submit here if you have reviewed here before” does also not work because (leaving aside the chicken-egg problem for a moment) because of a limited review pool for each venue and not all reviewers being able or qualified to review for a given venue.

I have long touted the idea of a credit-based review system, but never written about it publicly. In this post, I want to lay out the possible logistics of it. Similar to Machine Learning-based solutions, there might be some hyper parameter tuning and optimization in order, depending on how it plays out in practice. Regardless, the idea hinges on a substantial number of venues in a field taking part, which is an admittedly difficult to overcome initial hurdle. The system could be orthogonal to EasyChair or HotCrp, and connected to them, identifying submitting authors by their ORCID. Identification, a problem many sites face, should not be a hurdle, either, because authors have a very strong inherent motivation to submit under their (and only their) real name.

Being allowed to submit to a venue requires a certain number of review credits being present. This could either be the sum among the authorship or taken from each author individually. Upon submission, X credits are deducted.

For beginning PhD students, or just to get the system started, every person signing up should be awarded a number of fixed credits (similar to when the Deutsch Mark was introduced in 1948, where every citizen received 40 Deutsch Marks). If we want to go fancy, we could make this dependent on the current position of the person: Perhaps an industry researcher is entitled to 2 credits, while a PhD student might receive 5.

Similarly, after delivering a review, a reviewer gets Y credits awarded. This system could tackle the problem of declining review quality, too: guarantee a minimum rate for a review, and depending on the quality, more credits could be given.

A similar thing could happen for more prestigious venues (actually, this would be perhaps the first objective marker for them to tout themselves as such) or journal manuscripts, where more credits could be granted.

Toward an economy of reviewing

Many academics currently decline invitations to PCs or, more severely, I think, journal paper reviews: I have come across a TSE article that had an unbelievable 40 academics rejecting to review; needles to say, I declined, too (I did find the person to finally review, it, though; thanks, Annibale!), for there is no tangible benefit of reviewing for them. As soon as you can not submit a paper because you do not have the required credits, this changes! The famous number 3 ICSE rule from 2017 could perhaps be avoided by this system, too: authors simply would not have been able to amass the required review credits.

When deciding on a pool of reviewers, I as a chair was recently faced with a candidate pool twice the required size of absolutely equally qualified candidates. In the end, decided to select among them by chance. A system could instead have looked at the number of reviews they each already performed in the past year.

A market-based system, I like the possible inherent fairness this would involve. Think about it to the extreme, there could even be a monetary price for a review credit (if, similar, to the European emission system, you want to allow transfer of credits): this could enable authors from industry who would not have an opportunity to review, to submit, too by buying credits.

Is reviewing really without benefits?

In this discussion, I have not really mentioned publishers much. This is because I think in a future academic system, there is simply no room for them. Alas they also would be the best place to kick-start this system, with the exception of IEEE/ACM, which would be even better (think about Elsevier requiring you to have credits for publishing there). Of course, you currently get the very questionable offer of a 50% discount on “the publisher’s” latest overpriced offerings.

Currently, much of the debate focuses on reviewing as solely an altruistic contribution to a functioning ecosystem. While I think that this is largely a valid stance, it falls somewhat short of reality: Receiving direct pay for reviewing is seldom, but does happen, like, for example, the comfortable rate reviewers for the European Union receive, for example for ERC grants (granted, I have applied and many people I know, too, however, no one ever heard back from them … strange). Apart from direct monetary benefits, reviewing (and, if you will, as an extension of reviewing) chairing gives one extra ordinary visibility within the community. This ‘academic’ fame can come in handy at numerous occasions, for example, establishing oneself as a senior academic or when externally certifying expert status, for example, for visa purposes.

In the end, the implementation of this system technically should be pretty straight-forward, and in my opinion, has benefits over simply spreading the gigantic review load of 27 full time positions in Software Engineering alone, fairly across a large number of people: It might help visibility of underrepresented groups, it would free up a large amount of time of the currently pretty elite reviewers, and it certainly would eliminate the free riders of the current system. Of course, many current reviewers would argue that they do this for free, because they like it, or because they are uniquely qualified. But in light of a systemic problem, I would love to have that discussion.

Of course, one could say that exceptional service is one way to get yourself known and contribute to the field. If we systemize that, this might go away. I guess this depends on the final market economics of reviewing, which I do not claim to forsee now. We can always tweak the system such that one does not get away with not doing any community work, while no else suffers. Another argument is that not every person is equally qualified to review, and I agree, too. However, assigning different number of credits per review and moving towards reviewing standards should alleviate these concerns.

While ESEC/FSE 2021 is in full swing over in the virtual clowdr world, I thought it’d be a good time to reflect on how it was to chair its Industry Track tog...